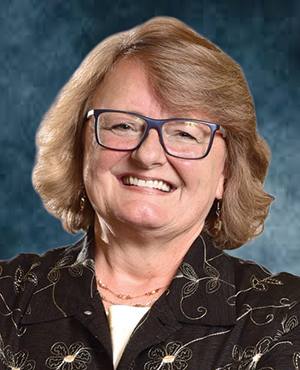 Rosanna Herber was first elected to the SMUD Board of Directors in 2018, beginning her role as Board Member in January 2019. She represents Ward 4, which includes Curtis Park, Land Park, Greenhaven, Pocket, Walnut Grove and parts of Elk Grove. She is the first openly LGBTQ person to serve on the SMUD Board. She’s currently serving as the Board Vice President.

Herber dedicated 20 years of her career at SMUD working in such areas as government affairs, key accounts and community engagement. She served as the Director of Public Power Strategy for the California Municipal Utilities Association (CMUA) where she researched and published the “Handbook on Public Power Options.” Herber was also Chief of Staff to Sacramento Councilwoman Kimberly Mueller, where she developed the “Trees for Tomorrow” campaign that supported the early growth of the Sacramento Tree Foundation.

Dedication to public service and community engagement are key values to Herber. She served on the Greater Broadway Partnership Board, where she promoted businesses along the Broadway corridor and as President of the Curtis Park Neighborhood Association. She is a graduate of Leadership Sacramento, Leadership Folsom and the founding President of the Sacramento Metro Chamber Toastmaster’s Club. Other board service includes: the Center for Spiritual Awareness in West Sacramento, StageSigns, Senior Players of American River College, Soroptimist International, Mercy Homeless Advisory Board, and the Sacramento LGBT Center.

Herber has spent decades building relationships with local businesses and community groups. She is currently the Development Chair for the Sacramento History Alliance and Museum, a Steering Committee member for the Sacramento Metro Advocates for Rail and Transit (SMART) and served on the Sacramento Transportation Authority, which decides how local and federal transit dollars are spent. She is a proud member of Soroptimist’s International of Metropolitan Sacramento (SIMS), whose Club funds local programs that uplift women, girls and the students at Ethel Phillips Elementary School, a Title 9 school. Herber serves on the Sacramento LGBT Center’s “Welcome Home” Committee whose goal is to raise $5.5 Million dollars to purchase the Center’s home.

Herber has received several honors for community service, including a Pride Award from the California State Legislature, a Community Advocate Award from Equality California and the “Freedom from Want” Award from Sacramento Stonewall.

A native of Fort Wayne, Indiana, Herber graduated from Indiana University (Bloomington) with degrees in psychology, with honors, and Spanish. She also earned an MBA, with honors, from Saint Mary’s College (Moraga.) She moved to California in 1986. Herber and her wife of over 30 years live in Curtis Park with their darling dogs, Kep and Chelsea.