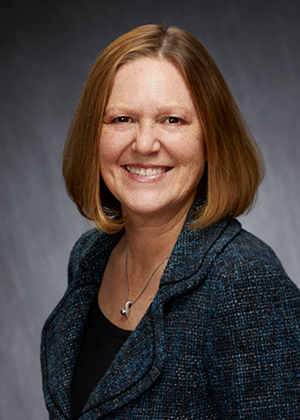 SMUD’s Board of Directors elected Heidi Sanborn as Vice President of the Board. Her term as vice president will run from January through December 2022. Director Sanborn was first elected to the SMUD Board of Directors in 2018 and represents Ward 7, which includes North Highlands, Carmichael, Antelope and Foothill Farms.

Sanborn is the Founder of the National Stewardship Action Council and has served as its Executive Director since 2015. She is also the founding Director of the California Product Stewardship Council where she has served for 12 years. These nonprofits are dedicated to reducing waste, increasing recycling and advocating for a circular economy.

She was later appointed by State Treasurer Fiona Ma to the Green Bond Market Development Committee in 2019, tasked with raising billions to build climate-friendly infrastructure. She was also appointed by CalEPA to serve on the Statewide Commission on Recycling Markets and Curbside Recycling in June of 2020 and was elected Chair. After only six months, the voluntary Commission submitted 19 policy recommendations to the California Legislature, with full consensus votes.

Sanborn has a personal interest in going green. Sanborn and her husband have remodeled their house to include solar hot water, solar panels from SMUD, and used the SMUD rebates for a new heat-pump water heater and HVAC units. She is proud to be a SMUD Greenergy® customer.

Sanborn is also active in the community. She is on the Board of the Children’s Receiving Home of Sacramento and is co-chair of the Giving Tree committee of the Kiwanis Club of Carmichael, which recently planted 12 trees from the Sacramento Tree Foundation in a local park. She served as the President of the Sacramento Chapter of the National Alliance for Mental Illness—spearheading a walk for mental health, conducting police trainings and teaching family-to-family classes. She was also a Big Sister for six years to a local graduate from the Sacramento Unified School District.

Over the past 15 years, Sanborn and her husband have also volunteered with Front Street Animal Shelter, fostering 67 dogs to date.
A native of Pennsylvania, Sanborn also lived in Delaware, Massachusetts and Michigan before moving out west. Sanborn is a graduate of U.C. Davis where she earned a bachelor’s degree in Political Science-Public Service. She also earned her master’s degree in Public Administration from University of Southern California. Heidi and her husband have lived in Sacramento for 31 years.

About SMUD
As the nation’s sixth-largest, community-owned, not-for-profit electric service provider, SMUD has been providing low-cost, reliable electricity to Sacramento County for more than 75 years. SMUD is a recognized industry leader and award winner for its innovative energy efficiency programs, renewable power technologies and for its sustainable solutions for a healthier environment. In 2020, SMUD’s power supply was more than 60 percent carbon free and SMUD has a goal to reach zero carbon in its electricity supply by 2030.