The January 20 Board of Directors meeting and January 18 and 19 Committee meetings will be streamed online. 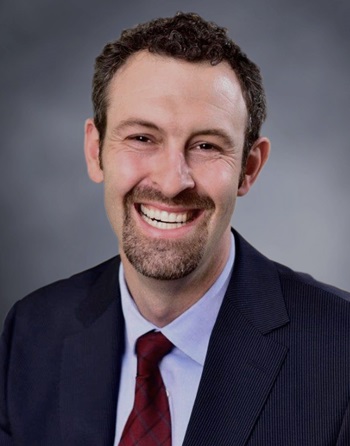 SMUD Director Brandon Rose was elected vice president of the SMUD Board of Directors. His term as vice president will run from January through December 2021. Rose was first elected in 2016 to represent Ward 1, which includes portions of Carmichael, Citrus Heights, Fair Oaks, Orangevale and Folsom.

As chair of the Energy Resources and Customer Service Committee, Rose guided the development of SMUD’s innovative Integrated Resource Plan and setting of the industry leading 2030 zero-carbon goal.

Rose gained extensive energy policy experience working in the California Energy Commission's Renewable Energy Office. He focused on the early development and deployment of solar and wind power including work on fire safety and metering standards as well as improving access for affordable housing projects. He led the Pilot Performance-Based Incentive Program, an innovative, economic-based approach to incentivize solar installations, and a precursor to California's Million Solar Roofs Initiative.

In his current role with the California Environmental Protection Agency, Rose focuses on emerging zero and near-zero heavy-duty transportation technologies, and the fuels that power them, such as hydrogen, renewable fuels and electricity.

Prior to SMUD, Rose served over eight years as an elected board member on the Fair Oaks Recreation and Park District, including two years as chair. He was further elected as the chair and special district representative to the Sacramento County Treasury Oversight Committee. Rose is active in the non-profit community and currently serves as the immediate past president of the Environmental Council of Sacramento.

Rose is a graduate of Bella Vista High School and holds a Bachelor of Science degree from U.C. Davis in Environmental Policy Analysis and Planning.