Invented by two SMUD customers during a California drought, this smart showerhead does more than help people save water. 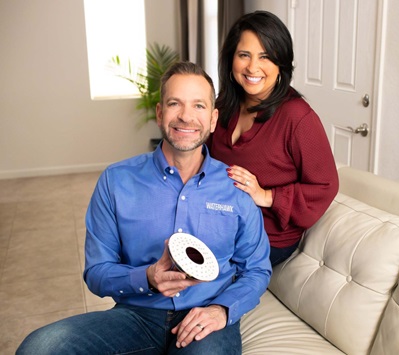 Ty McCartney and Elaine Trevino have three daughters and live in Sacramento, but they're not your average SMUD family. Ty served three terms in the Utah House of Representatives before moving to Sacramento to continue his work in government contracting. Elaine served as the Deputy Secretary of Agriculture under two governors before taking her current position as the President and CEO of the Almond Alliance of California.

But despite their vast experience in state policy issues, they still faced a basic problem that was hitting all Californians where they lived: how to save water in their homes. So, they came up with a solution: the WATERHAWKshower head. 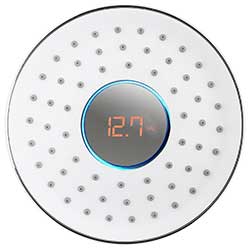 California was suffering through an historic drought in 2015. Lawns were dying, gas prices were high and in some communities people were being fined hundreds of dollars for their water use.

“We wanted to create something that would give people a tool to manage their water usage,” Ty explained.

"Our three daughters all have long hair. The two older ones are teenagers and they stay forever in the shower. So, when we found out that the shower is one of the major water users in the home, we started timing them and doing the math.”

Through Ty and Elaine’s research, they discovered, “It’s not enough to switch to a low-flow shower head; that only saves about a half-gallon per minute. And it’s not enough to put a timer on it because you tend to go over it. The solution is to provide ‘real-time data’ so you can see how much water you’re using while you’re taking a shower. Because actually seeing that you’ve used 25 or 30 gallons—that can make a difference.”

So, they invented the WATERHAWK, a low-flow shower head with a built-in display “that allows you to see and control your water usage.”

They also added an LED outer ring to show when the water was warm enough to get into the shower. When the shower is first turned on it's blue, meaning the water is cold; the ring turns green at 90 degrees when the water is shower-ready. It turns red at 108 degrees to let the user know the temperature is getting dangerous, which is helpful for kids and the elderly. When Ty and Elaine's littlest one was too young to read the numbers, she still knew that red meant danger and to turn the temperature down. 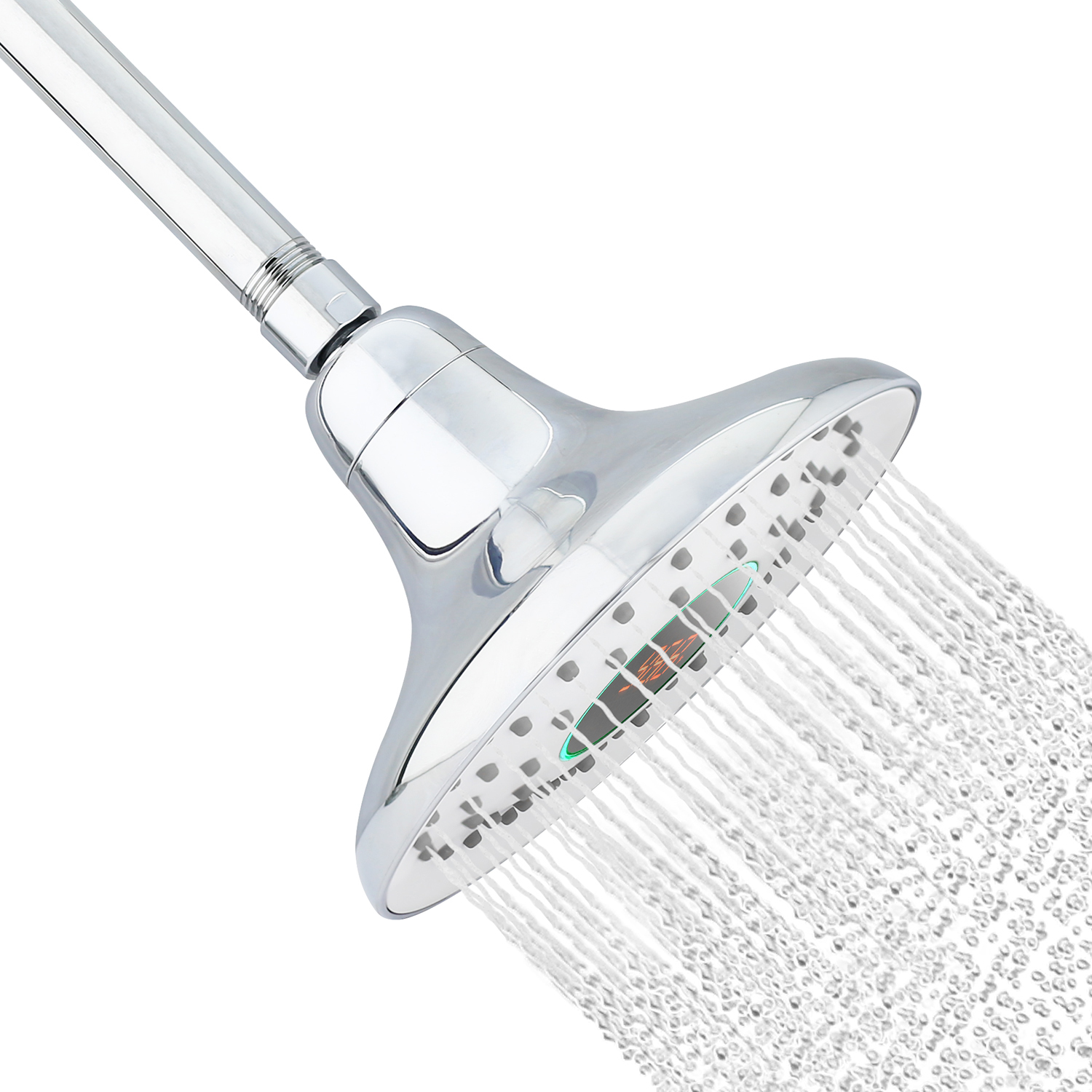 Plus, the WATERHAWK is powered entirely by the water flowing through the shower head, so there’s no batteries to buy or change.

And there’s one more factor most people don’t consider: how much water is used before they step into the shower. “We usually start counting shower time when we step under the water and not from the moment we actually turn on the water,” Ty noted. “Typically, three to five gallons of water go down the drain before the water is warm enough. With the WATERHAWK, you’ll know the total amount of water you’re using with each shower."

“Customers love it, because it really gives them a way to manage their water use. It’s not enough to just use a low-flow shower head. With real-time data from the WATERHAWK, customers can make decisions on the length and temperature of their shower—which you can’t do without a tool like this.”