The commercial laundry facility Community Linen operated at 1824 and 1826 61st Street in Sacramento, from 1957 to 1981. Chemicals used to operate its business have been found in soil and groundwater at and near the property. SMUD purchased the property in 1981 but only recently discovered the contamination. We’re working voluntarily, under regulatory oversight, to address environmental impacts that we did not contribute to or cause. Remediation activities on the former Community Linen site will begin in 2021. Investigation of areas affected by the release of chemicals at that site are ongoing.

Site testing suggests that tetrachlorethylene (PCE), a liquid used for dry cleaning fabrics leaked into the soil at 1826 61st Street; the site of former Community Linen, a commercial laundry business that operated from the late 1950s until the early 1980s.

Because Community Linen is no longer in business, SMUD has taken on full responsibility for the cleanup of contamination we did not contribute to or cause. Please note: There is no risk to the safety of the water supply in the area. The City of Sacramento Department of Utilities supplies the drinking water. It is primarily from surface water supplies and it meets all state and federal drinking water standards. 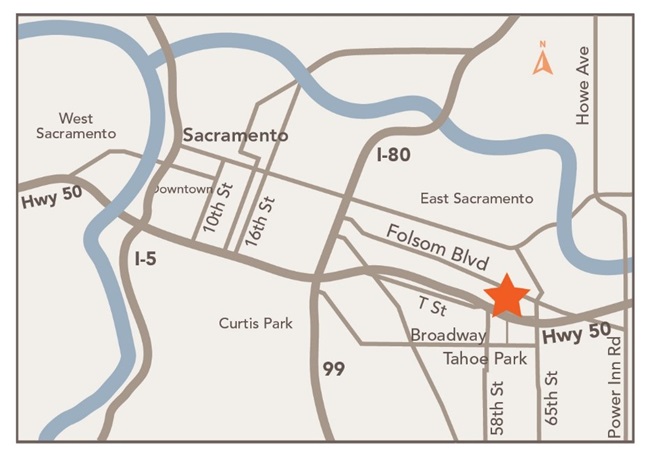 Once SMUD identified the contamination, we worked to determine the extent of the spread of tetrachlorethylene (PCE) in the soil and groundwater, including testing offsite locations south of Hwy 50 in the Tahoe Park neighborhood. SMUD is working under the supervision of the Central Valley Regional Water Quality Control Board (Central Valley Water Board) and is contracting with environmental experts Brown & Caldwell to analyze the results of testing, determine the extent of the contamination and develop a soil and groundwater treatment plan. The Central Valley Water Board is the lead agency overseeing the environmental investigation and remediation activities. The remediation will take place pursuant to an approved Remedial Action Plan (RAP).

Call us at 1-916-732-5252 or email Keegan George at keegan.george@smud.org with your questions or comments.

Timeline and next steps

The investigation focuses on the location of volatile organic compounds (VOCs), specifically the dry cleaning agent tetrachlorethylene (PCE), which leaked at the site of a former commercial laundry facility called Community Linen during its business operations at 1824 and 1826 61st Street (the Site).

Test samples have been collected from many sources, including groundwater, soil, soil gas and sewer gas. These sources provide data that determines the location of VOC contamination and potential need to assess buildings for vapor intrusion.

SMUD has submitted the Additional Off-site Soil Gas Investigation Report to the Central Valley Water Board. The Board has posted the report on the GeoTracker website and, along with SMUD, will provide a project update at a virtual community meeting on January 27, 2021. SMUD will also submit the Remedial Action Plan (RAP) to the Central Valley Water Board by January 2021 to remediate and control the migration of the VOCs.

Since SMUD began testing the soil and groundwater in the area, the state indicated that it was going to change its standards, to significantly lower the levels of chemicals in soil gas that  trigger the need for further investigation. While our testing shows most of the detections in this area are below the state’s revised screening levels, there are a few areas that need further investigation.

Soil gas data is used to determine the need to assess the potential for vapor intrusion. Since building foundation conditions vary, it will be important to sample soil gas directly beneath the foundations of a small number of homes.  Because we do not think there is a problem with vapor intrusion into homes, we are not currently planning any indoor air monitoring.  If indoor air testing becomes necessary, we will provide further information to the community at that time.

SMUD will request access to take samples from several residential properties. After the data is collected, a comprehensive evaluation of the results will be conducted and included in a Risk Assessment Report.

A focused investigation into the presence of VOCs in sewers potentially affected by the Site is in progress. VOCs in sewers have the potential to penetrate into soil and to enter structures through pipes and negatively impact the quality of indoor air.  Initial results of the sewer gas investigation are provided in an Additional Offsite Soil Gas Investigation Results Report.

The  draft  RAP  and  other  Site documents for the Former Community Linen Site can be found at geotracker.waterboards.ca.gov. The RAP is available for public review and comment until 2/17/21.

What are volatile organic compounds (VOCs)?

Many VOCs are human-made chemicals that are used and produced in the manufacture of paints, pharmaceuticals, refrigerants and used in dry cleaning. VOCs evaporate easily in open air. However, when VOCs are in groundwater, the vapors, referred to as soil gas, can move upward through the soil and potentially migrate inside buildings through the foundation. VOCs can, in some cases, accumulate inside buildings and have the potential to negatively impact indoor air quality. This process is called vapor intrusion. VOCs are also known to enter buildings through sewer lines.

What is tetrachlorethylene (PCE)?

PCE is a chemical compound commonly used in laundry dry cleaning and metal degreasing. Due to its widespread use, very low levels of PCE are common in the air of homes and businesses and in outdoor air in urban areas.

Is my drinking water safe to drink?

Yes. Your water is provided by the City of Sacramento Department of Utilities, and it meets or exceeds state and federal water quality standards.  It  comes from a different source than the groundwater contaminated by Community Linen's former practices.