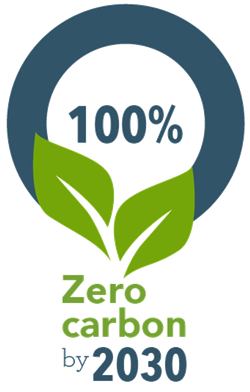 The Board of Directors approved a landmark Zero Carbon Plan in 2021 that commits SMUD to removing carbon emissions from its power supply by 2030. It’s the most ambitious clean-energy plan of any large electric utility in the United States.

Sacramento’s poor air quality and the growing effects of climate change through record droughts and wildfires prompted SMUD to act as quickly as possible to decarbonize.

In the American Lung Association's “2020 State of the Air” report, Sacramento was ranked the sixth-most polluted city in the country based on days of unhealthy levels of air pollution in the ozone layer. The public health implications are real - the Sacramento region’s childhood asthma rates are  more than 20 percent higher than the national average.

SMUD’s Zero Carbon Plan focuses on proven and new clean technologies, new business models and partnerships, retooling and retirement of our natural gas plants, and regulatory and financial strategies. While SMUD is one of the greenest utilities in the country, it still relies on natural gas for about half of its power generation. SMUD plans to close two of its gas plants by 2025 and re-tool the others to operate on clean fuel.

SMUD is committed to maintaining around-the-clock service while keeping any rate increases at or below the rate of inflation. As much as they support our clean-energy efforts, customers tell SMUD that affordable rates and reliable electricity are their top two priorities.

The electrification of buildings and vehicles is a key part of the Zero Carbon Plan, because transportation and buildings are the two largest carbon emitting sectors in California. As SMUD’s power mix incorporates more renewable sources such as solar and wind, powering homes, offices and cars by electricity will reduce greenhouse gas emissions significantly.

One of the strengths of the Zero Carbon Plan is its flexibility. SMUD is not taking such a large step in any one direction that it won’t be able to pivot if needed, based on new technologies, customer preferences and market conditions.

One of the foundations of the decarbonization plan is the assurance that each and every one of SMUD’s customers, particularly those living in historically underserved communities, will reap the benefits of the zero carbon effort.

To help spread the word about the Zero Carbon Plan,  SMUD launched a “Clean PowerCity” marketing campaign, encouraging customers to “Join the Charge” in building a carbon-free future.

At CleanPowerCity.org, customers are shown how they can get involved immediately, from receiving rebates for switching to electric appliances to planting free shade trees to joining Greenergy® , SMUD’s nationally renowned  green power program.

SMUD also created a TikTok presence to support the Clean Power City campaign. Students were encouraged to create a TikTok about why they want to live in a Clean Power City. The TikTok campaign generated more than 1.2 million impressions and received “Best Sustainability Campaign” in the E Source Utility Ads Awards .