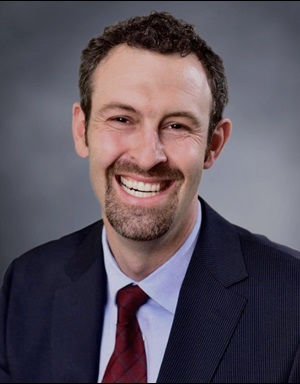 SMUD’s Board of Directors elected Brandon Rose as its new President of the Board. His term will run from January through December 2022. Director Rose was first elected to the Board in 2016 and represents Ward 1, which includes Fair Oaks, Citrus Heights, Orangevale and part of Folsom.

Rose first became interested in energy policy while a student researching SMUD's network of dams in the Sierra Nevada along Highway 50. He later gained extensive experience while working in the California Energy Commission's Renewable Energy Office with a focus on emerging technologies including solar and wind power. At the California Energy Commission, Rose was staff lead for the pilot Performance-Based Incentive Program for solar electric systems, an innovative economic-based approach to incentivize installations, and a precursor to California's Million Solar Roofs Initiative.

In his current role as an Air Pollution Specialist with the California Environmental Protection Agency, Rose focuses on emerging zero and near-zero transportation technologies, and the fuels that power them, such as hydrogen, renewable fuels and electricity.

Rose is active in the community, having served as an elected Board Member of the Fair Oaks Recreation and Park District for more than eight years, including two years as Chair. In 2011, Rose was elected as the Special District Representative to the Sacramento County Treasury Oversight Committee and chaired the Committee from 2014 to 2019. He is currently an executive Board Member and Past President of the Environmental Council of Sacramento.

Rose graduated from Bella Vista High School and holds a Bachelor of Science degree from U.C. Davis in Environmental Policy Analysis and Planning, with a specialization in City, Regional Planning and Public Lands Management.

About SMUD
As the nation’s sixth-largest, community-owned, not-for-profit electric service provider, SMUD has been providing low-cost, reliable electricity to Sacramento County for more than 75 years. SMUD is a recognized industry leader and award winner for its innovative energy efficiency programs, renewable power technologies and for its sustainable solutions for a healthier environment. In 2020, SMUD’s power supply was more than 60 percent carbon free and SMUD has a goal to reach zero carbon in its electricity supply by 2030.